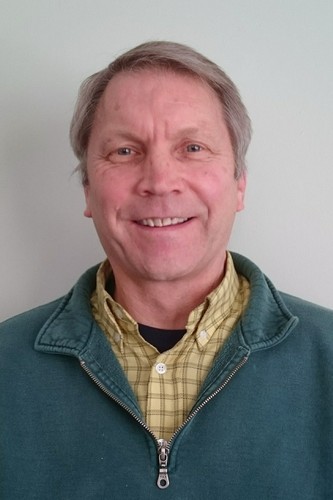 Pastor Perry Chuipka enjoys people and thrives in group work. Perry was born in Sudbury and named after the singer Perry Como. He just doesn’t have a red cardigan!

He has a diploma in business administration from Ryerson University in Toronto. Feeling a sense of call to the ordained ministry led him to get his Bachelor of Arts in history at Laurentian University in Sudbury. Four years later he received his Master of Divinity from Huron College at Western University in London. Perry also enjoyed upgrading his communication skills through some training in Neuro Linguistic Programming (NLP).

After enjoying twenty years of serving in the Diocese of Algoma not far from his hometown, Perry and his wife Lore ventured to serve in the Diocese of Huron near her hometown of Hanover. He is currently the incumbent for the Lutheran and Anglican Ministries of the Bruce Peninsula, referred to as the LAAMB, which is made up of six churches (five Anglican, one Lutheran and one chapel) in the Grey-Bruce area.

This year (2020) Perry is going into his 34th year as an ordained priest with Lore and their four children, Noel, Peter, Sydney and Serena. Perry finds enjoyment in his daily walks, playing tennis and trying to defeat his wife in badminton.